An Ottawa businessman’s plans to outsmart his ex-wife and the court went up in flames, as the man admitted to burning over $1 million dollars in an attempt to circumvent his ex-wife’s equalization (a division of property) and support claims.

Bruce McConville told an Ottawa Court that he sold a number of his properties and businesses, withdrew the money, and burned it in a bonfire.

McConville had been non-compliant with a previous court order requiring him to file an affidavit about his finances or to give financial disclosure – a mandatory step in family law proceedings. 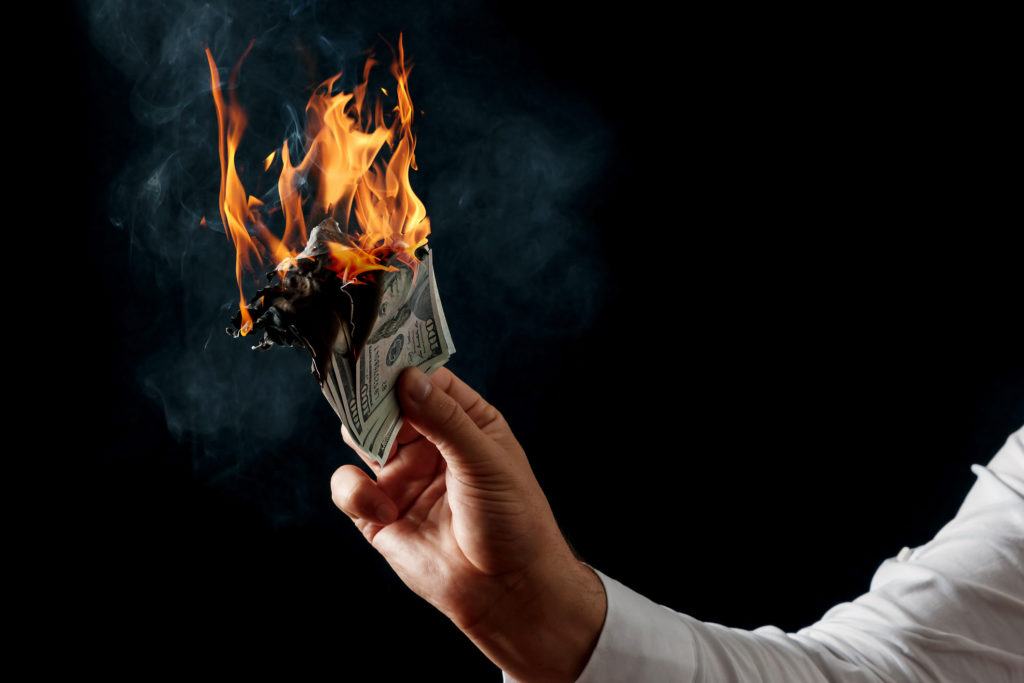 As his finances have remained a mystery, the court had been unable to determine his income to be used in calculating spousal and child support.

McConville had also previously been ordered not to sell his properties or businesses due to a fear of him trying to hide the proceeds from the ongoing family law proceedings.

The total amount in question, $1,050,000.00, was withdrawn from McConville’s account, as evidenced by receipts, but he told the court that the money was no longer in existence.

When Superior Court Justice Kevin Phillips asked McConville where the money was, McConville replied “I destroyed it” and later confirmed his method of destruction stating, “I burnt it”.

The Court had no evidence of the actual destruction of the money and found McConville’s story hard to believe. Justice Phillips stated that McConville “has very clearly and deliberately set out to thwart the court and the proper administration of justice”.

Justice Phillips ordered McConville to serve a 30-day jail sentence at the Innes Road jail and told McConville that he would receive a much harsher sentence if he did not tell the truth in future court filings.

Justice Phillips also imposed a $2,000.00 per day fine to be paid directly to McConville’s ex-wife for every day that he does not comply with the court’s order to provide financial disclosure.

The consequences of McConville’s actions will not be known until the Court makes a final determination of the matter, but it is more than likely that McConville will have to account for the $1 million dollars he supposedly destroyed with his currently undestroyed assets.

Unfortunately, whilst extreme, this case is not unusual.

Many parties decide to be uncooperative when discussing the division of property during divorce. Having an experienced family lawyer on your side from the start can help to prevent an ex-partner from disposing of assets to which you have a legal entitlement.

For more information on this development, or for a free consultation, please contact us today!