A Kansas man proceeding through family court sought an unorthodox method of resolving his legal issues, seeking to resolve the disputes “on the field of battle, legally”.

David Ostrom, 40, said on January 3rd, 2020, that his former wife and her attorney had “destroyed him legally” – a statement seemingly borne out of his increasing frustrations of a family law system he views as “stacked against men”.

The Ostrom’s have been embroiled in disputes over the resolution of their family law matter, particularly disputes over custody, visitation, and property tax payments. 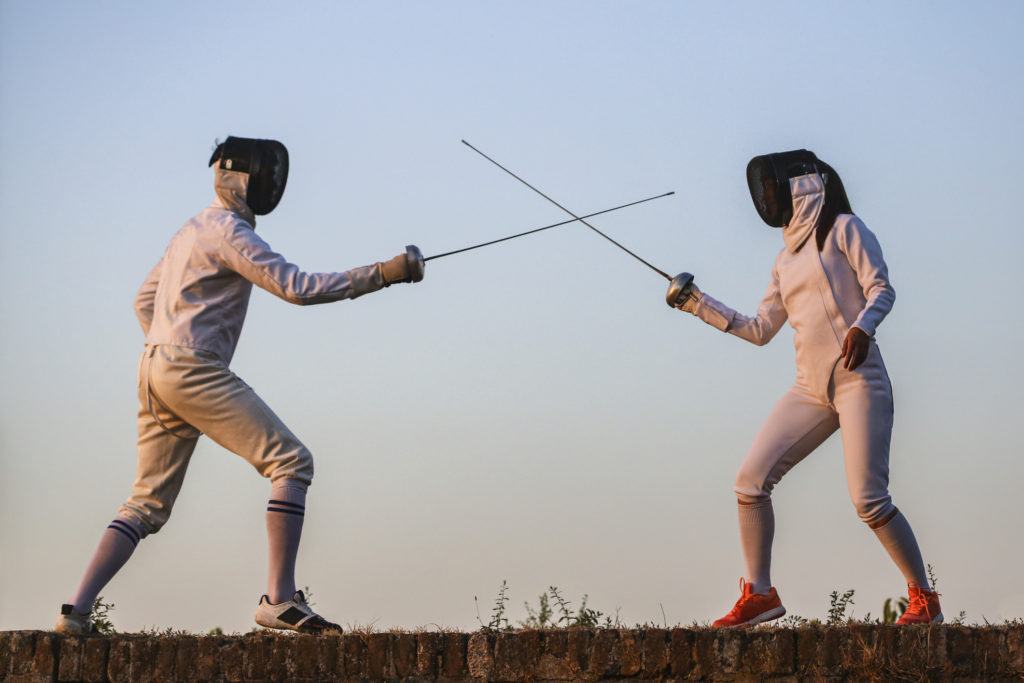 As an attempt to resolve their issues once and for all, Mr. Ostrom challenged his former wife to a duel, citing the fact that trial by combat “has never been explicitly banned or restricted as a right in these United States”.

Mr. Ostrom’s motion materials stated that “trial by combat was still regarded as a legitimate method for dispute resolution when the Constitution was ratified by the United States and by the original 13 colonies”.

Mr. Ostrom asked the judge for 12 weeks to secure Japanese samurai swords for the occasion.

Although Mr. Ostrom hoped to duel his former wife, he gave the reasonable offer to duel her legal counsel instead, if he chooses to be her “champion”.

In response to Mr. Ostrom’s motion for a duel, Ms. Ostrom’s legal counsel, Matthew Hudson, responded that the possible outcome to such a spectacle, being death, likely outweighed those of the outstanding property tax and custody issues.

Unsurprisingly, Mr. Hudson asked the judge to reject Mr. Ostrom’s request for trial by combat, something which irked Mr. Ostrom further, who postulated that “Respondent and counsel have proven themselves to be cravens for refusing to answer the call of battle”.

The Judge overseeing the motion, Judge Craig Dreismeier, said that he would not be issuing a decision due to the irregularities with both side’s motions and responses.

Judge Dreismeier said that “until the proper procedural steps to initiate a court proceeding are followed, the court will take no further action”.

In a small victory for Mr. Ostrom, Judge Dreismeier did not explicitly rule out the possibility of trial by combat.

Perhaps if Mr. Ostrom takes the proper procedural steps, he will have a second stab at his desire to duel his former wife or her “champion”, her legal counsel.

Mr. Ostrom’s argument, whilst out of the ordinary, seems to have highlighted the continued debate around gender-bias in the family court.

For matters relating to child custody or any other family law concerns, please reach out to our team who will be happy to set up a call or free consultation.