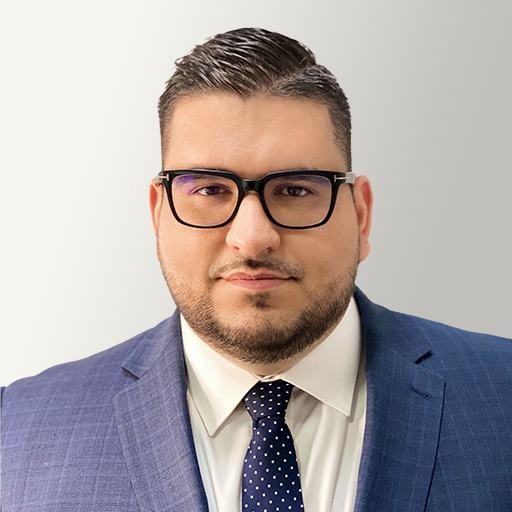 Kenneth R. Bandeira obtained an Honours Bachelors of Arts Degree in Law & Society from York University in Toronto, Ontario, where he graduated with high distinction. He also attended at the University of Minho in Braga, Portugal, where he studied Portuguese Linguistics, and is able to provide legal services to his clients in Portuguese.

While completing his undergraduate degree at York University, Kenneth co-founded the advocacy group Wrongful Conviction Advocacy at York University which advocates for individuals convicted of serious crimes that they did not commit. He was also actively involved with the York Debating Society and the Portuguese Association at York University.

Kenneth is a passionate and result driven advocate with extensive litigation experience, particularly in the area of Family Law.  He has significant experience negotiating and litigating disputes involving support, property, decision-making responsibility, parenting time and parenting issues, as well as, all other legal obligations and rights that arise from marriage, cohabitation, and parenting. His clients value that he sets realistic expectations from the onset, and that he provides advice that is honest and direct. Kenneth is always committed to achieving the best possible outcomes for his clients, whether it be through the court process, or alternatives to litigation, including negotiation and mediation.

Back To Team Overview