Marriage/cohabitation agreements are frequently used to set out the distribution of property or assets between spouses. These agreements provide a framework for which the parties, and the court, if necessary, can use to determine the intention of the parties with respect to their property.

In a recent case entitled Kilitzoglou v Cure, 2018 ONCA 891, the Ontario Court of Appeal revisits the leading principle that assists judges in determining what the parties’ intentions were upon signing these Agreements. 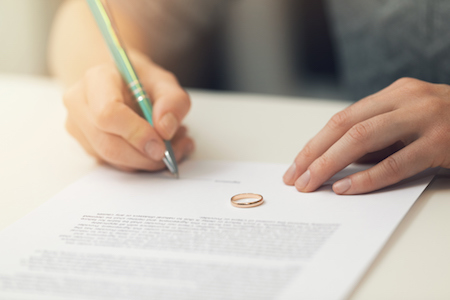 In this case, one of the parties was deceased, making it more difficult to ascertain their true intentions. While the decisions of trial judges are accorded deference in these types of cases, the Appeal Court overturned various orders made by the trial judge.

In doing so, the judge clarified that contract interpretation must always be rooted in the words of the contract itself. In this particular case, the trial judge formulated a view of the facts that supported the inference that the deceased intended to support his spouse beyond what was provided for in the contract.

The trial judge did this despite clauses in the agreement such as “they shall remain financially independent of the other and that neither shall have any obligation to support the other under any present or future circumstance, statute or rule of law or equity in any jurisdiction.”

In reversing several of the trial judge’s orders, the appeal judge stated that the trial judge allowed a faulty factual matrix to overwhelm the words of the agreement, and in effect, he created a new agreement.

This case stands as a reminder that the parties’ intentions should be clearly stated in any marriage/cohabitation Agreement, and that those words will be used to govern the agreement in the future if conflicts are to arise.

If you have any questions regarding the interpretation of your marriage or cohabitation agreement, don’t hesitate to contact Epstein & Associates to set up your free initial consultation.