How can I get joint custody of my child?

When parents are separating, or divorcing, the biggest challenge they face typically is deciding upon child custody. When it comes to determining child custody, the courts ask one question: what are the best interests of the child?

Before any court decision, parents may discuss and consider sharing joint custody of their child or children. Joint custody is when parents share the decision making for their child. It requires parents to be able to cooperate and communicate on matters regarding the child.

So how can you get joint custody of your child? Firstly, it’s important to understand that there are two forms of joint custody in Ontario.

In some cases, there’s split custody, where one parent has care of some of the children, and the other parent has custody of the others. While this is rare, older children are often able to choose which parent to live with. 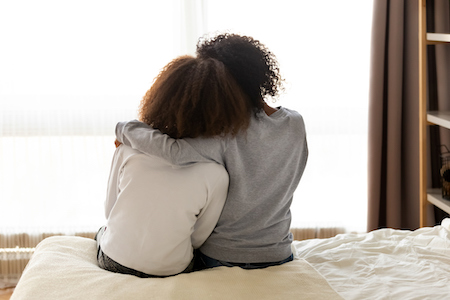 What to consider in joint custody?

Before moving forward with any joint legal custody arrangements, parents should consider the tone of the relationship with each other. Is there good communication? Are you able to amicably discuss important issues impacting your child’s life? Do your work schedules and living arrangements compliment the custody you are seeking?

Before moving forward with joint physical custody, parents need to communicate and discuss openly and agree on living arrangements such as alternate weekends, vacations and holidays.

When contested, a family court will need to see that the custody arrangements work for both parents, as well as the child. Parents need to be able to determine and demonstrate how joint custody will be in the best interests of the child. An open and amicable relationship with the other parent is likely to provide a better transition for the child.

Get the right advice

A family law expert is a parent’s best asset to win joint custody. Get in touch with Epstein & Associates for a free consultation on how we could help you get the right custody resolution for your family.