Divorce can feel complicated and overwhelming, especially when children are involved.

However, what happens when the reason for divorce is the child’s gender, or maybe the gender identity of one of the spouses?

It’s common to disagree on how to raise children or to fight over jealousy, but, ending a marriage over gender? Well, those are more complicated stories:

Going To Court Over Their 7-Year-Old Child’s Gender 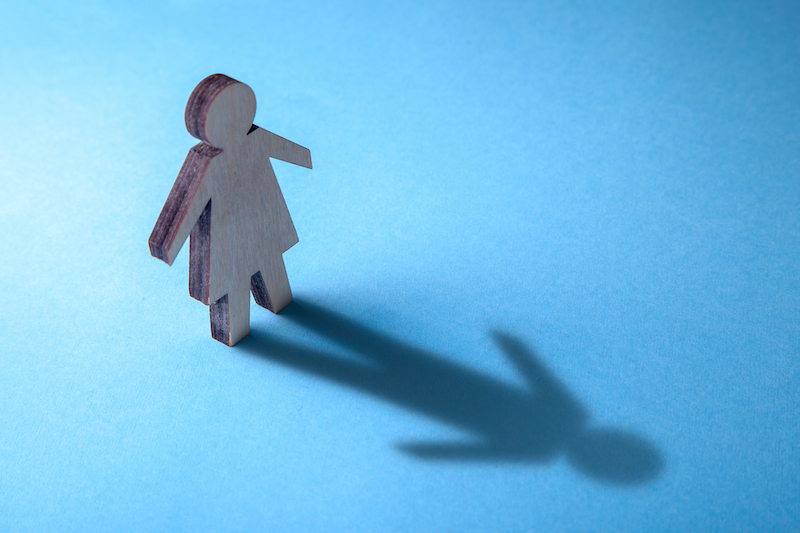 Divorced parents Anne Georgulas and Jeffrey Younger of Dallas, Texas, have been engaged in a legal dispute over their divorce and the care of their children since 2015.

The mother claims that the couple’s 7-year-old, who was born a boy, now identifies as a girl. The father, who says the child acts like a boy, has asked that he become the sole decision-maker of his children’s best interests.

This specific case has garnered major media attention as many misleading stories have been posted about the child’s gender, and the public is torn between she said he said stories from both mother and father.

Following the investigation, Judge Kim Cooks of Dallas noted no abuse, neglect, or family violence. Therefore, the Judge determined the parents would make joint decisions about their child and if they should receive any treatments, surgeries, or blockers to assist in gender transition in the future.

Gender and identity arguments can also become an issue when one spouse comes out as transgender to their partner.

Often, the ranges of emotions for transgender divorces are much more complex than that of a cheating spouse or a couple who have fallen out of love. Instead, the transgender spouse can also be faced with coming to accept and embrace who they are, hate or ignorance from friends and family, potentially coping with guilt for having hidden their true self from their spouse, and so much more.

The other spouse is also likely to face a complex range of emotions. Not only might there be shock and confusion, but they are likely to question their entire relationship, their partner’s sexuality, and the idea that their spouse may be hoping to soon make a full transition.

Life as they know it will change in many ways, and if they feel the marriage cannot go on, divorce is inevitable.

“Most marriages are not able to handle this sort of thing. The partner has changed the nature of the contract. But some say, ‘I’ve committed to being with him or her for better or for worse.’  If you ask them what they love about the partner, it is not that they are male or female … it is that they are kind, gentle, fun, good parents.” – Kyle Schultz, Psychologist

If a transgender spouse is brought to court by their spouse, there are some unique concerns that may present themselves. For example, one partner may try to use the other partner’s traits, behavior, or identity against them in a legal battle for child custody.

Unfortunately, in many cases where a person is transitioning and seeking medical treatments, their identity and ability to be a safe and responsible parent is questioned, a result of bias in society. However, it is important to note that there is no scientific proof that being trans makes someone unfit to parent.

Trans people can also face humiliation and disrespect in the court process as judges or lawyers may refuse to acknowledge their chosen pronouns.

Voiding Marriage Due To Gender

Gender identity has also been used as a reason to declare a marriage void.

When James Allan Scott and Rebecca Robertson got married, Rebecca was aware that her husband was born a female but identified as a man. However, when they split up twelve years later, Rebecca sought to have the marriage declared void, arguing that James is female and Texas does not recognize same-sex marriage, thus there never was a marriage.

Get In Touch With Divorce Lawyers

If you have questions about your divorce and its connection to gender identity, contact the lawyers at Epstein & Associates today.

For more information, download Protecting the Rights of Transgender Parents and their Children, co-authored by the ACLU and NCTE (the National Center for Transgender Equality).