Am I Too Old To Get A Divorce?

When an older couple divorces after a long-term marriage, it’s sometimes referred to as ‘gray divorce,’ or those divorcing are considered ‘silver’ or ‘diamond’ splitters. ‘Gray divorce’ has specifically been used for baby boomers divorcing at an age where their hair has turned, well, gray.

While divorce rates have gone down for most age groups over the last 20 years, Research in the United States shows the divorce rate of people over 50 is on the rise.

In fact, of all of those who went through a divorce in 2009, 1 in 4 individuals was age 50 or older according to, “Gray Divorce: A Growing Risk Regardless of Class or Education” by Susan L. Brown and I-Fen Lin. 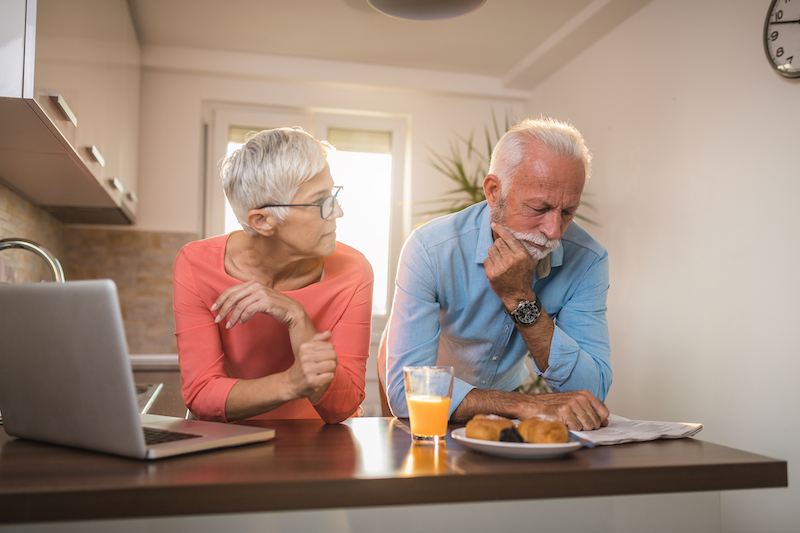 Why People Divorce Later In Age

So, why are people divorcing later in life?

No matter your age, it would seem that infidelity either in the present or in the past can ruin a marriage.

In fact, an Italian couple became the world’s oldest divorcees after the 99-year-old husband, Antonia, found that his 96-year-old wife, Rosa, had an affair in the 1940s.
Antonio was rifling through old drawers when he made the discovery of love letters and then confronted his wife. Deeply upset that his wife of 77 years had betrayed him, he asked for a divorce.

Health and life expectancy can also play major roles in a person’s decision to divorce later in life.

For example, if one spouse is unable to get around by themselves or is suffering from illness or disease while the other spouse is able-bodied and looking for more freedom to travel, tension, bitterness, and resentment may sometimes form.

Addiction can also lead to divorce over 50 as individuals may become dependent on pain killers, drugs, or alcohol for physical or emotional pain relief. Some adults can also face addictions to gambling, pornography, or other vices that cause problems in their marriage.

For couples who may have married very young or simply feel stuck with someone they no longer feel compatible with, the idea of unlocking freedom through a divorce can become very appealing.

Whether you’re constantly fighting over money, vacations, children, grandchildren, or lifestyle differences, some people may find that being on their own could be liberating.

The Impact of Grey Divorce

While most couples are afraid to divorce while their children are young, concerned with how they may be impacted, adult children can also experience pain and various emotions during a parent’s divorce.

While adults may be better equipped to handle and cope with their feelings and have a better understanding of the reasons behind the divorce, the longer their parents have been together, the harder it may be to imagine them apart.

For seniors, divorce can mean emotional but not financial freedom.

Dividing property and other assets can be complicated because of life insurance policies, Social Security/CPP benefits, investments, and retirement benefits.

“[Divorcing seniors] are probably in the drawdown stage of their assets as opposed to [the] growth stage,” – Hartzman, Certified Divorce Financial Analyst.

If both you and your partner have had previous marriages, you are 90% more likely to get divorced than if this had been the first marriage for both of you.

You’re never too old to get a divorce. If you’re looking to meet with lawyers to discuss your options and the risks associated with divorcing after 50, get in touch with us today.

While it may be difficult to decide on divorce the older you are, no one should have to feel stuck in an unhappy situation.